5G is here, and you might already be benefitting from it. So, how is 5G changing the world around us?

Everybody in the tech world is talking about 5G. Many say that this new technology will change the way we use the internet and turbocharge the development of new connected technologies.

But what are these technologies, exactly? How is 5G technology benefiting us? First, let’s look at what 5G delivers today and what it can provide in the future.

5G is the fifth-generation cellular technology used for mobile communications. This cellular network can allow speeds up to 20 times faster than the previous 4G LTE technology it’s replacing. 5G started deploying in 2019, with half of all North American subscribers expected to be covered by 2025.

Despite that, many urban centers around the world already have 5G coverage. So, what changes did the technology bring for those areas with access to 5G?

Faster data transfer is the basic premise of every cellular technology improvement. From 1G, which can only handle 2 Kbps, to 4G, which supports up to 1Gbps, every new development aims to deliver better speeds.

5G’s 20-fold improvement over 4G speeds opens up many possibilities. But aside from its faster speeds, it also allows more users to connect to one tower, avoiding network congestion during conventions and mass gatherings.

Furthermore, 5G networks offer improved better latency over the previous generation. Current 4G connections average 20 to 40 milliseconds response time, but 5G could change that by dropping it down to as low as one millisecond.

All these advances in connection speed, reliability, and response time mean that users can now reliably work from anywhere. One of the primary drawbacks of working outside the office is the need for a consistent connection to the corporate network. If your internet provider cannot deliver this requirement, you’ll have difficulty accomplishing your tasks.

However, the widespread deployment of 5G technology means you can now effectively work anywhere. With this, you can ensure crisp, clear video conferences, near-instantaneous file transfers, and even the ability to work with colleagues located in other areas in real-time.

You might not be aware, but the Internet of Things (IoT) is slowly taking over our world. Communication between devices is the backbone of this technology, allowing one machine to instruct another for our convenience.

You’ll see this in action if you have a smart device at home. For example, suppose you have smart blinds and a smart bulb. When you dock your smartphone on your bedside wireless charger, your phone can then send a command to your smart blinds to close and for your smart bulb to turn off.

Many homes now have Internet of Things devices because of the availability of a stable internet connection through Wi-Fi. However, that is not the case outdoors—until 5G came along. The improved connection reliability of 5G brings IoT for places outside Wi-Fi coverage.

One application of this technology is the Apple Watch’s fall detection capability. If the person wearing the smartwatch suffers from a fall, the device will automatically dial emergency services if the user does not cancel it. The Watch will also transfer the user’s location and medical records to the first responder.https://www.youtube.com/embed/sNuFU3H5GR0

Beyond communication, 5G technology has the potential to deliver energy to low-power devices. This means that as long as an IoT device is within the coverage of a 5G network, it can operate without requiring recharging. 5G could be the advent of a device with wireless communication and wireless power.

4. Self Driving and Other Automotive Technologies

This industry is one of the biggest beneficiaries of 5G, where near-instantaneous communication allows vehicles to communicate with other cars and objects. As a result, many manufacturers, including Ford, BMW, and Toyota, now integrate 5G antennas in their automobiles.

The combination of roadside IoT and intervehicle communication could eventually lead to true self-driving vehicles. By allowing cars to communicate with each other and with other safety systems like stoplights and roadside signs, land transportation can become safer, faster, and more efficient.

4K video footage takes up a lot of space and requires massive bandwidth to transmit wirelessly. That’s why 5G technology is crucial for entertainment and broadcasting. One such example is the use of 5G drones for broadcastingduring the FIA World Rally Championship. 5G also allows viewers to see live in-car footage from F1 races in 4K quality.

It can also change the way we see unfolding events. The ability to transmit high-quality footage plus the ubiquity of quality cameras on smartphones means almost anyone can broadcast live, letting the world know what is happening around them.

It’s expected that manufacturers will be among the first to deploy 5G technologies. That’s because reliable communication is a must for a business to survive these competitive times. For efficiency, many corporations use systems for data capture and analysis. 5G furthers this by delivering information where it’s needed in real-time.

For example, they can utilize 5G technology in robots, allowing these systems to communicate wirelessly while traveling untethered around the factory floor. With 5G communication, the system can instantaneously send commands and information to these robots and send them where needed.

Furthermore, advanced technologies like augmented reality and virtual reality can allow engineers to work on systems without requiring them to be on-site.

The Age of Instant Information Sharing

Every breakthrough technology that delivers increased speeds has allowed us to progress significantly.

1G introduced us to the concept of cellular phones. 2G gave us text messages and was the dawn of mobile internet, albeit in text and black and white. 3G allowed us to browse websites on our phones, while 4G allowed us to have the full online media experience and apps.

4G’s 100Mbps download speed allowed us to stream audio and video, real-time tracking, and video calls. Its widespread adoption in the past ten years has changed how we use our phones. It evolved from being a simple tool for voice and text communication into something that can accomplish almost anything we ask of it.

With 5G’s 20 Gbps, one can only imagine what we will have in our pockets and hands in the next ten years. 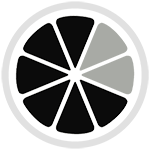